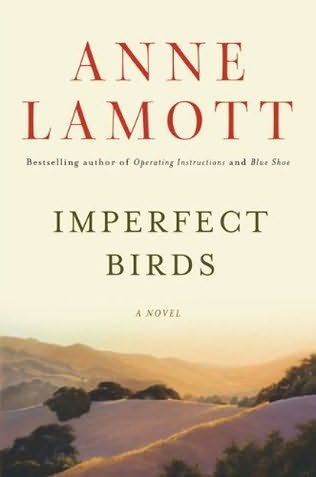 Imperfect Birds is Anne Lamott’s new novel. I haven’t had the chance to read it yet, although I love it already since the title is from a poem by Rumi, “Each has to enter the nest left by the other imperfect bird.”

As it happens, I wrote a poem about a nest a few years back. It’s rife with the angst that only the end of a relationship can bring. It’s also full of resolve and assertion, one of the better side effects of break ups we so often forget. I dedicate it now to Anne Lamott and Rumi: amazing writers, wondrous teachers.

A bird builds a new nest on top of the last
Making use of what is still good, viable, strong
Rather than starting from scratch
Already knowing the tree is solid
Having stood steadfast through seasons
Of frosts, winds, weather
And the branch on which the nest resides
Holds fast with quiet strength

A bird knows about beginning again
I’ve not known the loss of my unborn
To the tomcat or the thunderstorm
My loss came slowly over time
But was no less shocking
The discovery in the morning light
But it was I who dismantled the nest
In the literal sense
Leaving a trail of notes, anger, sobs
A neat pile of pottery shards
A vase, broken promises
Alongside a dustpan, a broom

When I left the nest for the last time
I half expected it to crumble behind me
But it remained
At least its façade
Some deaths, it seems, start slowly
Like a rot from the inside out
For so long I thought of the loss
As an explosion
That left an enormous hole
Scraped clean for certain
But deep, vast and dark

It took an entire year
Of trying to fill the hole
With all the bits I could find
Some fit, others didn’t
Some brought moments of sweetness
Of peace amid grief

I could have spent two lifetimes
Trying to fill a hole
That was never mine to begin with
But I’d rather rebuild
With what I’ve already got
The red yarn
The strength of my limbs
My odds and ends
Because I think, after all,
I was meant for the flying
Not the filling of holes
I was meant for feathering a good nest
I lay down this shovel for good.