Last week, I had a 10 cm dermoid cyst removed from my ovary. For those of you not as well-versed in the metric system, allow me to put this into a more relatable image: a grapefruit.

I had a grapefruit-sized TOTALLY BENIGN (thank heavens) dermoid cyst removed. Also, they removed the ovary on which the dermoid was perched.

Yes, it’s weird that was a citrus-sized intruder hanging around my reproductive organs without my knowledge, and might, I add, permission.

I am very glad it’s gone.

If you Google “ovarian dermoid cyst,” I’d advise you do it on an empty stomach, because dermoids are gross, gnarly even. They often contain…are you ready?

Hair. Gobs of it.

How did I manufacture this?

In an effort to keep my sense of humor about this situation, I shared the news of my “grapefruit baby” or “my lost twin” with friends and family.

My brother’s response: “You always wanted a little brother or sister!”

My friend Will named the dermoid Citrine: a nod to its citrus size, but more European in style. Will surmised that Citrine wore a bowler hat and held a cigar stump between her teeth.

I added that she had a Madonna-style British accent and always showed up uninvited. I wish I had a sketch to share with you.

My friend Anne thought Citrine looked more like the Mad Balls that were so wildly and grossly popular during my 1980s childhood.

An ex was convinced the dermoid was a manifestation of a baby I’ve yet to have, and rather than stress about the thousands of dollars in surgical costs, I should consider the delusion that Citrine is actually a freshman at Brown University, major undecided. And I am footing the bill.

Days after the surgery, I lamented the loss of my ovary. Thankfully, my friend Heather brought me back to reality.

When you lose an ovary, the other does the same job as two, so rather than grieving the lost ovary, you should be proud of your super-ovary! She’s doing two important jobs for very little recognition. We should call her Hillary Clinton.

So, while I hate to be the bearer of bad news, I must inform you that since Hillary is very busy being my super ovary, she will be unable to run in the 2016 election. She has very important eggs to make – scrambled, hardboiled, I can’t know. She’s Hillary Clinton.

If you’ve been following along, this post is part of a (nearly) once-a-day-month-long-blogging-brouhaha with my pals Amanda Hollinger, Monica Wyche, and Ami Worthen. Yes, I’m behind.

There are two kinds of breakup songs: the ones that allow you the time and space to wallow and the ones that incite things like anger and revenge. Both have their purpose and when administered properly, lead to good things like acceptance, forgiveness, and empowerment.

Though I love a good wallow, I tend to lean more heavily toward the break up songs that incite. Here are a few of my favorites.

Angie Stone, I Wasn’t Kidding.
Thanks to my friend Anne for this one. I played it every day for an entire summer. It worked.

Fiona Apple, Oh Well.
There is so much to love about Fiona Apple, not the least of which is her word choice. “A voice once stentorian is now again meek and muffled.”

Stars, Your Ex-Lover Is Dead.
The title rivals the song. I know it sounds a little wallow-y, but it builds and then crushes your soul…and your ex-lover.

Gloria Gaynor, I Will Survive.
I mean, please. If this isn’t an anthem, I don’t know what is.

Divorce Song, Liz Phair.
“It’s true that I stole your lighter, and it’s also true that I lost the map, but when you said I wasn’t worth talking to, I had to take your word on that.”

Madonna, Sorry.
Not only do you need to say you’re sorry, I’d prefer it if you did it in a number of languages. Also, I’ve heard it all before.

It occurred to me today that music is family to me. Also, music. Makes the people. Come together. Yeah.

My Dad put himself through college playing jazz trumpet in Al Anderson’s band. Now and again, when I was very young, he’d take his horn out after dinner and walk through the house playing whatever struck him. I followed him room to room in speechless awe.

My Mom, was and is, a lover of the show tunes. When I was still little enough to be bathed, she sang, “I’m Gonna Wash That My Man Right Outta My Hair,” from South Pacific in her most dramatic voice. This was, of course, to distract me from the fact that she was actually washing my hair.

When she wasn’t bursting into bits from show tunes, my Mom listened to Jonathan Schwartz, the mellifluous-voiced, storytelling DJ on WNEW 1130 in New York, who played an array of jazz and yes, show tunes.

I’d wander into the kitchen on a lazy Sunday; Mom cooking or cleaning or just puttering about and hear Jonathan Schwartz’s mellow voice stretch out a story and a song across the length of an entire afternoon.

As the world gets ready to celebrate Super Bowl XLVI, I’d like to share my most meaningful insights and commentary: 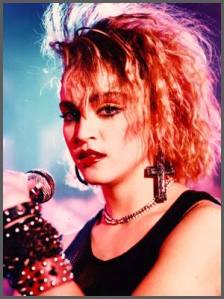 Wait, is that Rooney Mara? 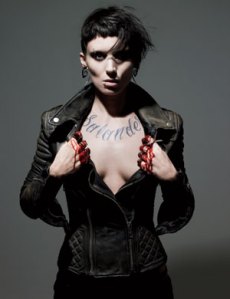 Eli is arguably one of the greatest quarterbacks of all time. 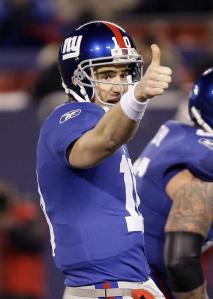 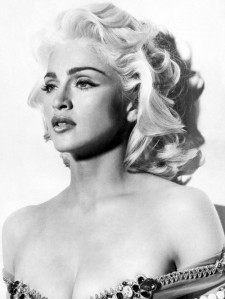 It’s hot; it’s Thursday; it’s more than time for the tweets of the week! As always, a totally biased countdown of my weekly favorites. Enjoy, Tweeps!

3. An unfortunate and international hacking incident for @joepohl! Call the State Department!

1. Newcomer @tobyherman27 is this week’s winner with a 140-character quintessential childhood story (of the ’80s, that is).